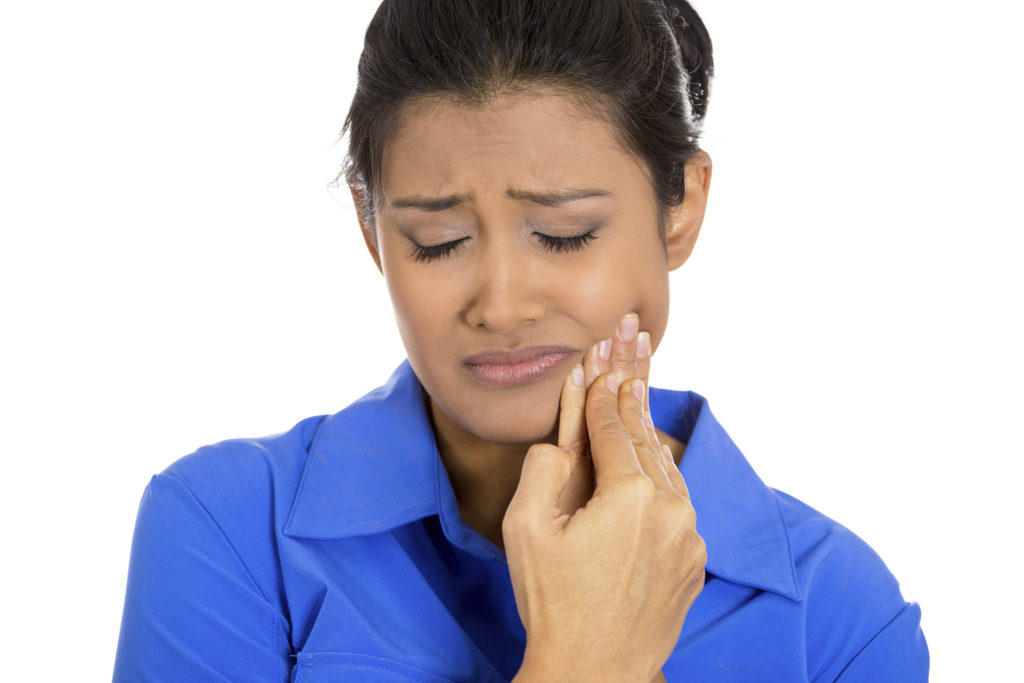 That throbbing, gnawing tooth pain you experience from chomping into a particularly cold bite of ice cream or feel after taking a sip of scalding hot coffee is something that nearly all of us can identify with. If you’ve ever wonder why exactly we experience toothaches, your dentist in Hillsdale, Portland has your answer.

Basically, this discomfort comes from that fact that your teeth – unlike your nails or hair – are made up of living tissue, and pain is simply the way our brains let us know that something has gone wrong in the tissue.

Underneath the hard outer exterior of our teeth lies two other living layers of tissue. That tissue contains a bundle of nerves that send signals to the brain whenever we consume cold or hot foods, or when experiencing forces so extreme that a tooth could break.

Our teeth are made up of several layers: The hard, outer surface known as enamel is made of nonliving tissue, but the interior portion of the tooth is made of hard, bony cells called dentin. Underneath that lies the pulp – soft tissue that contains a tooth’s nerves and blood vessels – which anchors the root of the tooth into the gums and extends from the root to the tooth crown.

Cavities – or holes that develop in the surface of tooth enamel – rank as the most likely cause of tooth pain. Carbohydrates – particularly those from processed foods high in sugar – are used as fuel by harmful oral bacteria to produce substances that erode away at the surface of enamel.

Once the enamel erodes, the exposed dentin registers pain in response to cold, heat or high pressure. If bacteria infiltrate the pulp cavity, they can also cause infection and inflammation to develop. Nerves in the cavity will flare up after each sip of hot coffee, lick of ice cream, and often will require a root canal – which removes the inflamed pulp of a tooth and replaces it with an inert material – to eliminate the discomfort and save the tooth.

Cracks in teeth can also cause pain when chewing as the outer fragments of the tooth rub against the pulp, irritating the sensitive interior portion of the tooth.

Gum disease can also trigger pain that resembles tooth pain. Gum disease occurs when those bacteria move under the gum line and the immune system mobilizes to destroy them. The body then gets confused when trying to distinguish between oral bacteria and gum tissue, leading it to attack its own tissue.

Gum disease ranks as the world’s most common autoimmune disease.

If left untreated, gum disease can also cause gum recession, which exposes a small portion of the roots of our teeth that also contributes to tooth sensitivity.

A History of Tooth Pain

While you might think that prehistoric man would have had worse oral health and more instance of tooth pain than today, that’s not actually the case.

Despite modern dentistry’s ability to protect the health of our teeth and gums, fossils of Homo erectus, prehistoric humans and Neanderthals all show relatively little evidence of tooth decay. Even nonhuman primates probably weren’t as prone to toothaches as people are today. Tooth decay rates in modern humans rose after the agriculture revolution and jumped quickly in the 17th century, with the increased prevalence of diets full of highly refined carbohydrates.

While fossil records do show some signs of tooth decay, the rates are significantly lower, especially among hunter-gather groups whose diets contained few carbohydrates. Some researchers have speculated that tooth decay is actually a modern disease brought on by adding foods to our diets – processed grains, sugars and carbohydrates – our bodies never evolved to safely process.

Fortunately, any tooth pain you may experience can be easily treated by scheduling an appointment to see your dentist in Hillsdale, Portland.